Skip to content
Posted on October 23, 2016 by pseudomagazine Posted in Uncategorized 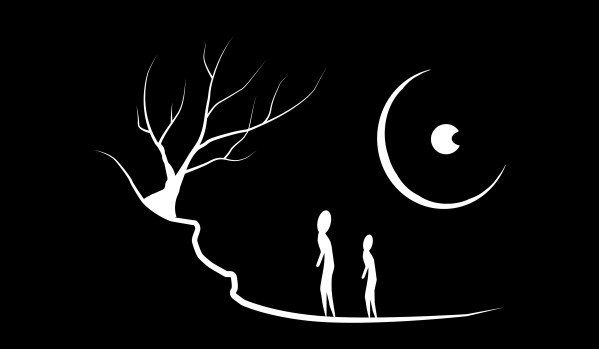 A Hundred degree Fahrenheit wind
blows from the dried up river-bed, away
from the blackened chimneys.
Little heads are pushing clay squares
to the furnace. Their sanities are
evaporating.

The devil grows green in these villages.

When monsoon makes dirty love with
earthen roads, a sage in ochre robe
weaves words
in his Ektara*. Thatches made of
coconut leaves can stop the rain
but not the
storm.

The days get larger and larger.
Wells cough up skeletons of
another generation. Children who died
in the green paddy fields searching
for mines come back as
mute specters, and sometimes
as owls.

Thousands of miles away, a city
wakes up to screams of
its citizen, buried under emotions
and white lies. The river by it
is gray with poison.
Nobody knows that it is bone-ash
and ashen wishes mingling
with water that makes it so.

Pyres that burn turn flesh into coal,
and earth into bricks. On blazing
noons when the lonely dinghy
sings black, hollow tones,
I, the mossy wall,
send them echoing.

Suvojit Banerjee is from India and the United States.
He started writing early, but found his niche in his early twenties. His works have been published in many Indian and International journals and magazines and featured in several anthologies. He currently works in a software company, and has worked as a lead writer/reviewer for a technology website.

Mavni is a goofball of curls who speaks about Murakami as if she is having a love affair with his writing. She gets amused and amazed by the mother of wonders that is philosophy and loves telling anecdotes that climax too soon.